Why You Should Replace Federal Pacific Electric Stab-Lok Panels 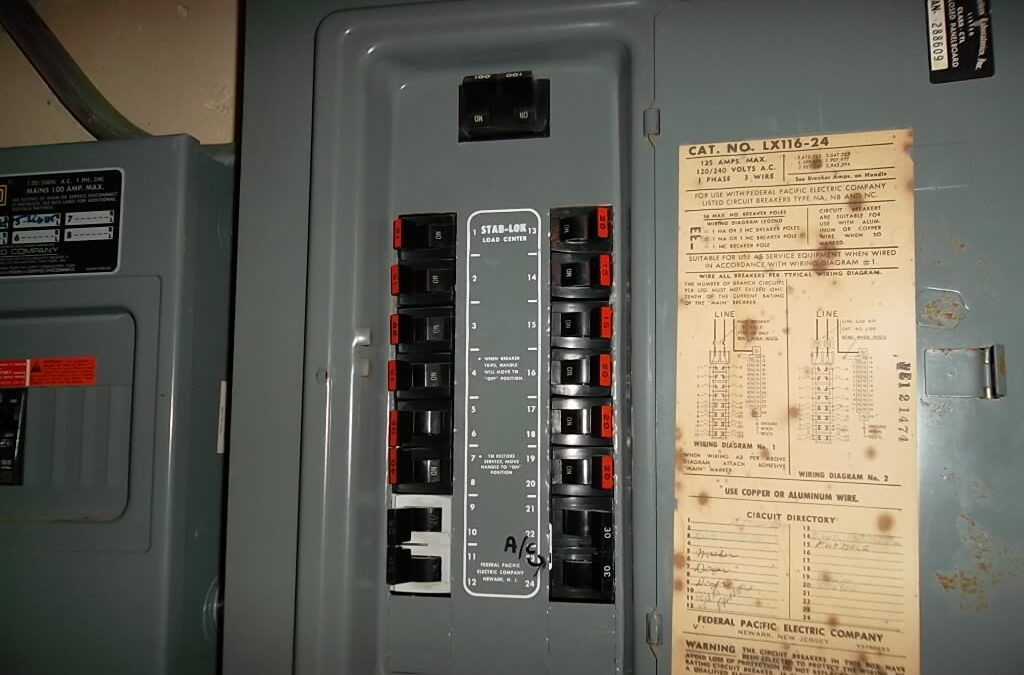 The FPE breakers did not comply fully with UL testing requirements, and are not UL listed. The National Electric Code (NEC) requires all electrical components and products be listed by UL or other registered testing agency to be acceptable for installation and use.

What Are Federal Pacific Stab-Lok Panels?

Federal Pacific Stab-Lok Panels are a brand of electrical circuit breaker panels that were manufactured and installed from the 1950s through the 1980s. They were one of the most popular brands on the market at that time, and were installed in millions of homes and businesses. Due to their popularity, many buildings and houses still have FPE electrical panels in them to this day.

Breaker panels should trip when a circuit has been overloaded or if there is a short circuit, but FPE Stab-Lok breakers may fail to trip as they are supposed to. This creates an electrical hazard that can lead to fires, injuries and property damage. An in depth study of fire reports suggests that “FPE Stab-Lok breakers may be responsible for as many as 2,800 fires, 13 deaths and $40 million in property damage every year.” Even if the circuit is in the ‘off’ position, FPE Stab-Lok has been known to still power the circuit causing an electrocution hazard.

What Action is Needed If My Home Has an FPR Stab-Lok Panel?